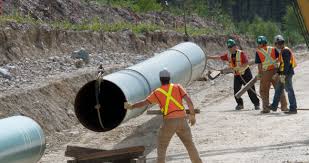 This is my first positive assessment of the Calgary Real Estate marketplace in some time!  Based on activity from several fronts I see significant price increases in the coming years.

With today’s interest rate hike and the possibility of more to come, even this could be considered good news.  This shows that the economy is doing well and inflation is becoming an issue. Inflation means that there will also be upward pressure on house prices!

Here is a brief summary of projects, which if completed, will bring significant money into Alberta!

So, while there is supply in the Calgary housing market particularly in the higher end properties, now may be the time to avoid the rush that will happen if these projects get built!

Let me know what you think of this!  I would love to get our search started!