Radon in Calgary and Area Homes 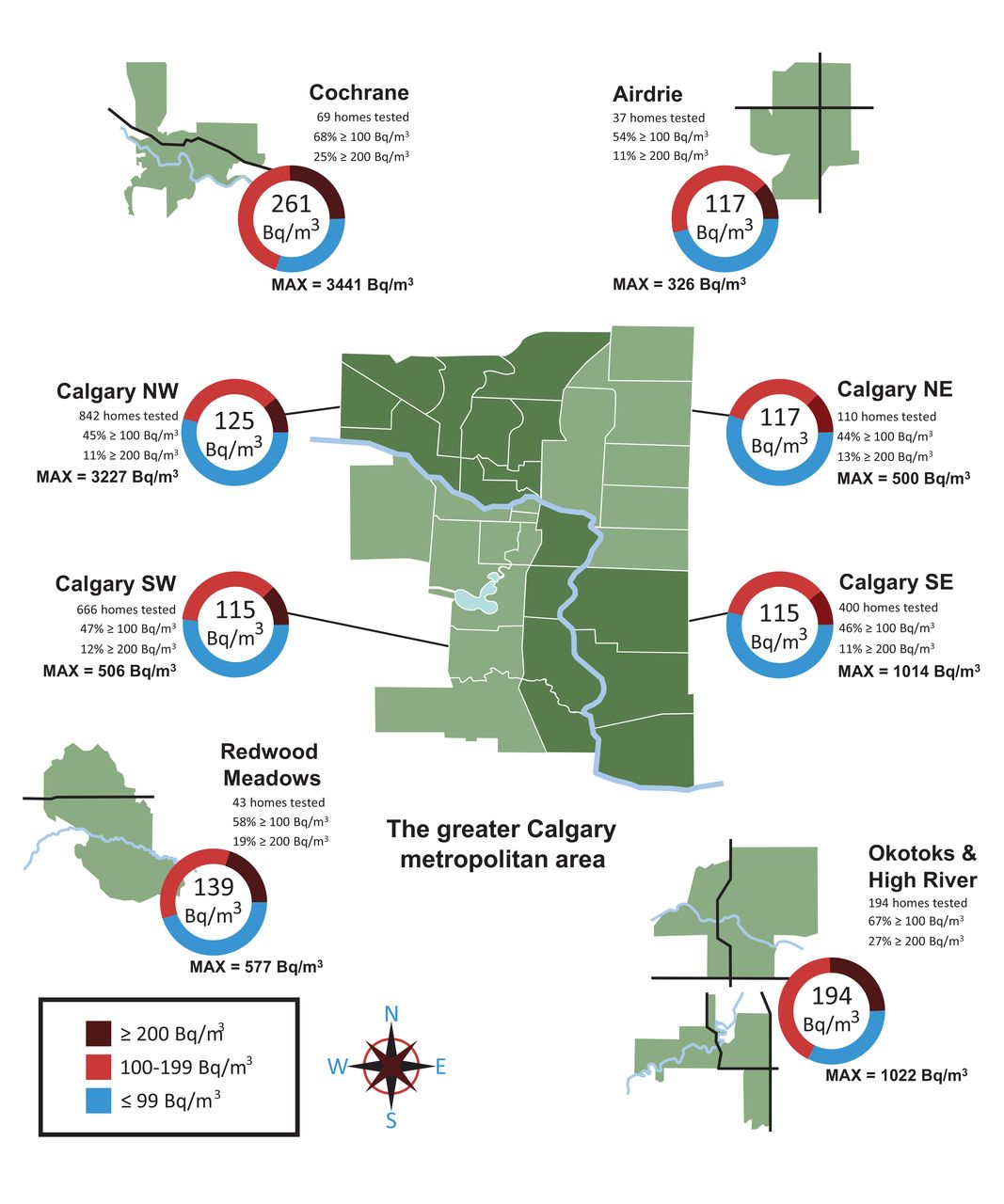 Our findings show that radon, an established carcinogen, is of genuine concern in southern Alberta and legitimatize efforts to understand the consequences of radon exposure to public health. Roughly 2000 Albertans are diagnosed with lung cancer annually, of whom about 15% are never-smokers. We have shown that 48% of area homes had indoor air radon levels of 100 Bq/m3 or higher and 12% were at or exceeded the maximum acceptable limit for Canada of 200 Bq/m3. Although homes built in 1992 or later contained significantly higher radon levels than older homes, signifying an increasing public health hazard, remediation methods were effective at reducing radon concentrations. This suggests that radon testing and mitigation are likely to be impactful cancer prevention strategies.

Above is the summary of a study published this month in CMAJ open (cmajopen.ca). It should cause everyone to want to test their home for radon.

This has been in the news before. Got me thinking about it again.  I am going to get my house tested!

I am not a health economist but it seems like a no-brainer that this needs to be addressed in a serious way.  What about something similar to the energy efficiency program that the government had where retrofit work that was preformed becomes tax deductable?

Is this something that landlords could be liable for if their tenants become sick? Should they be doing their due diligence to ensure a safe environment for their tenants?

Source of Radon in Alberta

Radon is a radioactive decay product of uranium.  It is interesting to note that Radon does not stick around for long, a half life of 3.8 days, and that harmful radiation is the bad part because as it decays it gives off harmful radiation.

The source of uranium in Southern Alberta is likely from areas in the Canadian Shield such as the Athabasca Basin where some of the world’s richest deposits of uranium are found. In the past Alberta was covered by a continental ice sheet, possibly multiple times. This ice sheet scoured the bedrock and pushed the debris south, much like a bulldozer moves dirt. Evidence of this movement of rock and dirt from the Canadian Shield can be seen in Calgary in areas that have been eroded either naturally or by earth moving equipment.  This evidence takes the form of granitic rocks from pebbles to boulders that have the typical black and pink spots.